Should You Create a Mobile App? The Publisher’s Checklist 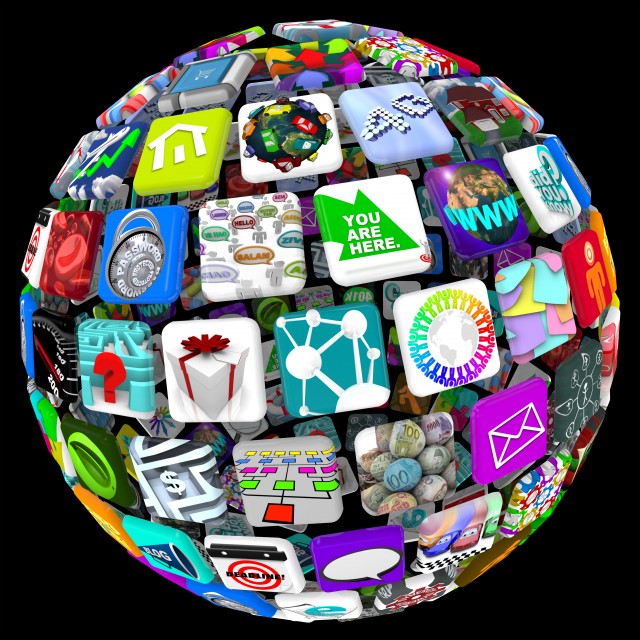 The world has gone mobile-crazy. (And with the advent of Pokemon Go, the craziness is clearly visible.)

Publishers want to catch them too.

No, not Pokemon. Mobile users. And the weapon of choice has been mobile apps.

How hard could it be? Develop an app, get your readers to download it, and you’ll be enshrined on their homescreens, beckoning them tantalizingly to open and read. Captive audience, anyone?

Except, unfortunately, it doesn’t work that way. Many good publishers have gone that route, and eventually withdrew their mobile apps.

How about you? Should YOUR publishing company build a mobile app? If you can answer yes to the following 5 questions, you may have a shot at success. If not - better to invest the resources in your mobile website.

Can you build it?

Mobile apps are expensive. SavvyApps, an app development company, wrote a comprehensive review of what factors go into app cost. It’s a long article, and their own TL;DR summarizes:

- The costs of apps are largely based on features, complexity, and platform.
- Apps with back-end servers will almost always cost more.
- Simple apps for one platform will start around $25,000.
- More complex apps cost six figures but can push up over $1,000,000.
- Costs will also vary based on who builds it (e.g., offshore versus high-end agency).
- Don't forget to budget for updates, marketing, your own salary, and other costs.

Do you have the budget to build what you want? Do you KNOW what you want from your app? Before even checking out developers, plan out your goals for your app, and the ways you think your app can get you there. Now go vet developers and get quotes.

And be aware: App dev company Applico warns that you can have two out of the following three criteria when you’re developing apps, but not all three:

Can you promote it?

How are you going to get users to download your app?
The Apple Store’s Newsstand relegated apps to the bottom of the stack - and now the Newsstand itself is on the way out. “Download at the App Store” or “on Google Play” banners on your site or as interstitials look nice, but don’t work well to get downloads. Getting featured at the Apple Store is effective, but that’s at the whim and mercy of Apple. There’s no way to beg, buy or bribe them to feature you.

Do you have another way to build up a large base of subscribers or downloaders? How?

Can you retain users on it?

Downloads are only the first step. The user has to actually use it. This gets complicated because while over 80% of mobile use time is spent in apps, the vast majority of that time is spent in only 5 apps, according to Forrester. Take a look at the top 25 mobile apps in the USA - do you think your reader will choose your app over the majority of these?

Push notifications are a common strategy for driving users to your app, but they need to be used wisely.

Over-pushing notifications is a sure way to annoy your readers and lead to uninstalls.Timing content release for when users are available to read is also important.

Can you support it?

New releases, updates, responding to user feedback and reviews - all this maintenance takes time and money… and is essential to making your subscriber base attentive and happy. One issue to be aware of is that the Apple Store only updates its code base every two weeks. So if you receive a few bad reviews about your app, you can fix it as fast as you’d like… you users won’t get it until the next Apple software update. In the meantime, bad reviews and feedback can pile up.

Can you monetize it?

Banner ads
The old man on the block, banner ads have been around forever (or at least since the printing press), adapting to each new publishing medium. You can sell banner ads directly or via an open ad network.

Do be aware that banner blindness is increasing every day as people get more used to tuning out anything that takes a significantly different form than what they are reading. They also affect app performance.

As Dan Sapozhnikov puts it, “They cause apps to lag, they take up valuable screen space, and they are often accidentally clicked. The growing number of downloads of ad blocking software is a clear indication that users are fed up. By using banner ads for monetization, you are not only making your users unhappy, you are likely missing out on larger revenue streams.”

Native advertising
You’re not publishing your content for the sole altruistic purpose of keeping your readers informed. (Or if you are, I hope you have non-profit status and lots of donations.)

You’re a business and you want to be receiving revenue from your products. But monetizing apps is tricky: according to Vision Mobile’s State of The Developer Nation Q3 2015:

What are the options for monetizing a news app?

If your subscribers will pay to get your content, then you can charge a monthly or a yearly subscription. Some publishers let you view a certain number of free articles, but then gate the rest of the content until you subscribe.

In-App purchases (premium content)
While this is more unusual for news apps (it’s better suited to apps closely related to physical products), creativity could produce a revenue model based on in-app purchases. If you cover celebrity or fashion news, you could offer “the sweater that X celebrity wore to Y event” as an in-app purchase.

Otherwise, you could possibly offer premium content like special reports for purchase, but your research and data will need to be compelling enough to spend money on.

Native advertising is ads that match the format of the publisher’s content. So they have the benefit over banner ads in that users can’t turn blind to them - otherwise they’d be turning blind to the content itself.

Native advertising is especially relevant for news apps that use streams or feeds (think about Facebook’s “Sponsored Posts.” The ads fit right into the stream. Any app using native advertising should see it as a goal to train their users to engage with their content. The more users click, the more likely it is that they will click the sponsored content as well.

Interstitials
The banner ad you can’t ignore, a pop-up banner ad in the middle of an app experience (like reading a piece of content) is highly distracting, frustrating, and bad for your user experience. But if you present it while your user if moving from one part of your app experience to another, the banner exposure is increased while minimizing the “that’s so annoying” effect.

Skippable video ads
Video. It is the future (if not the present). Similar to interstitials, video ads will start running (usually as you’re going into a new part of the experience), and give you the option to skip it and proceed to the content. If you can run video ads that are engaging and likely to draw your user in, go for it.

Build. Promote. Retain. Support. Monetize.
How many checks did you get?
Are you ready for an app?